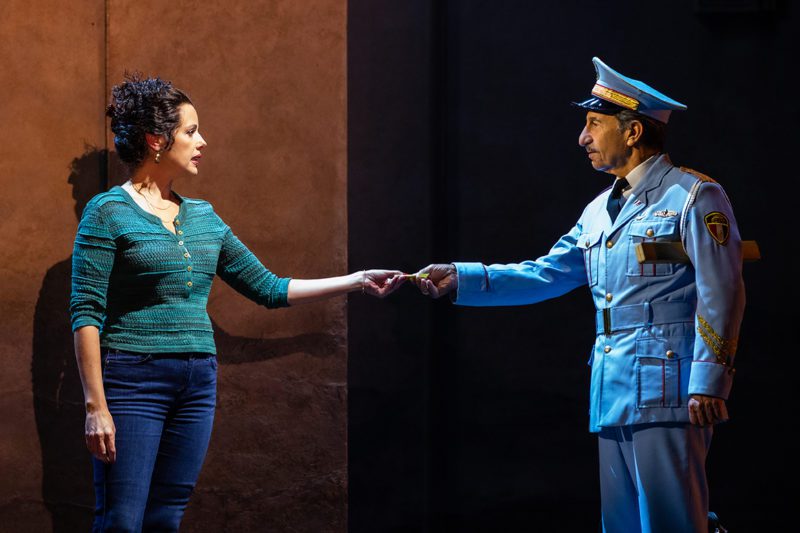 SALT LAKE CITY — A star of a musical, The Band’s Visit, shines at the Eccles Theatre in its national tour. Based on the 2007 screenplay by Eran Kolirin and with a book by Itamar Moses, the musical is the winner of 10 Tony Awards including Best Musical (as well as a Grammy Award for Best Musical Theater Album), making it one of the most Tony-winning musicals in history. Directed by David Cromer, the singular musical held up to all the accolades.

Set in Israel in the year 1996, a band of Egyptian musicians mistakenly arrive in the foreign town of Bet Hatikva, instead of their intended destination of Petah Tikva. Lost and wary in the middle of the desert, the band finds themselves at a restaurant, where, in an unexpected turn of events, the restaurant workers offer the band members food and places to stay. Filled with moments of joy, humor and sorrow, the touching musical offers—above all—a sensational score. The beautifully sweeping music and lyrics by David Yazbek and orchestrations by Jamshied Sharifi, under the musical direction of Adrian Ries, is honey in the ears.

The music comes to life onstage as the talented band members play their own instruments in real time, including authentic Arabic instrumentation. As the characters interact, the frequent and tantalizing music fills the town, providing an air of romance and the opportunity for unique human connections despite cultural differences. It is quite extraordinary how the band and the citizens of the town begin making music together and bonding over the activity, displaying how music may easily cross cultural and language barriers and unite people of varying diversities. The Band’s Visit is a love letter to music as an art form of expression and one that holds intrinsically deep power.

Janet Dacal performed phenomenally as Dina, the owner of the restaurant and the standout lead character. Dacal’s short humor and alluring nature, combined with the character’s generosity and humility, made for a multi-dimensional and captivating performance. Even more engrossing was Dacal’s incredible voice, showcased most notably in what is arguably the character’s most prominent number, “Omar Sharif.” During this musical number, Dina continues to share beautiful moments with Tewfiq, the band’s conductor. Played by Sasson Gabay, Tewfiq is gentle though impassioned. Gabay and Dacal share great chemistry, and it is heartwarming watching the two come together through music and stories.

While all of the acting was enjoyable, another remarkable performance was from Kendal Hartse as Iris, a new mother in a strained marriage. Hartse demonstrated these emotional hardships in a realistic and deeply affecting manner. As a band member plays a lullaby to soothe the crying infant, Iris connects with her partner Itzik, played by Clay Singer, and the themes of love, music and human connection as being healing and essential are exemplified. 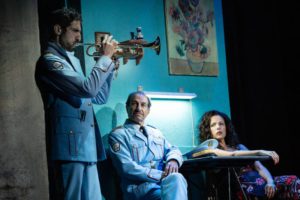 The Band’s Visit portrays the harsh reality that life can be endlessly unfulfilling and that people are possibly always waiting for change. The significance of the band visiting the town of Bet Hatikva and filling it with music is largely how it brings the citizens together, providing them with hope and purpose. And while the characters may have funny arguments about language pronunciations, the hospitality, generosity and gratitude shown despite cultural barriers is heartening.

With a running time of just 110 minutes with no intermission, The Band’s Visit is nothing short of an inspiring and moving story of human connection. I found myself invested from start to finish in the whimsically substantial story and easily lost in the bewitching music. The musical represents the power music can have over our humanity, causing people to feel a myriad of ways on the spectrum of human emotion. Music may make people cry, laugh, love, and ultimately connect with one another as a species, as if it is its own language that transcends the barriers of communication. While the band’s visit to Bet Hatikva is a brief one, it is clear that their presence there will have a lasting impact, as the musical will for me.

The North American tour of The Band’s Visit plays Tuesday through Saturday at 8 PM, Saturday at 2 PM, and Sunday at 1 PM and 6:30 PM through March 15 at the Eccles Theatre (131 South Main Street, Salt Lake City). For more information, visit saltlakecity.broadway.org or thebandsvisitmusical.com/tour. 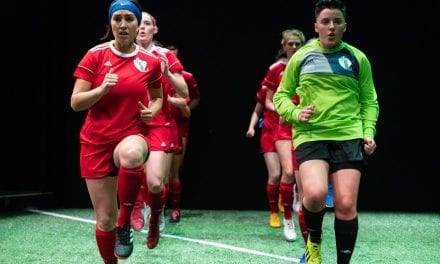 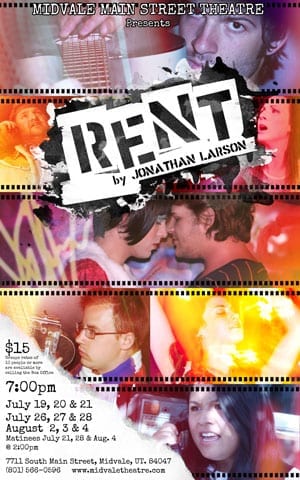 NUNCRACKERS is a forgettable night at the Covey 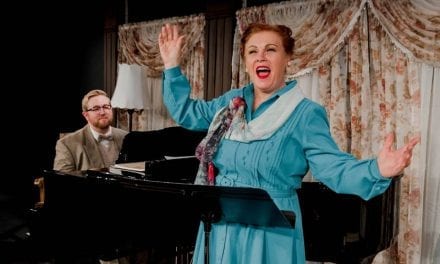