SALT LAKE CITY — Amber: Alert, presented by Scaffold Theatre, is a true story of a Utah girl from Alpine who committed suicide. Written and directed by Julie-Anne Liechty, this show is a very personal story that is important enough to share with the world. 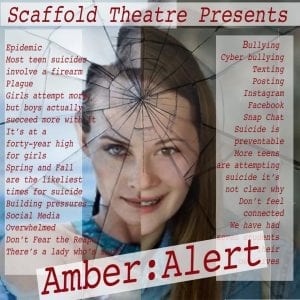 The play begins with Amber Wells (played by Brooklyn Bagley) addressing the audience as if they are the judges in the afterlife. She tells her story to them to help them make a choice about where she goes for the rest of eternity. Cheryl Holdaway, playing Amber’s school counselor, works with her about depressive thoughts. Meanwhile, Amber’s father (played by Teren Turner) has a hard time sharing his feelings about their long-lost daughter, Amber’s younger sister Kate who was kidnapped at five years old while they were playing outside.

Amber struggles with openness about her feelings, and her mom is so disconnected that Liechty used a foam head with a blonde wig as Amber’s mother. (Turner held it and shaked or nodded the head to show the mother speaking.) Though the counselor does her best to help, the situation gets worse as the thoughts in Amber’s head become more intense. She compares them to the huntsman in Snow White, getting closer to killing her in the woods, and Turner plays the huntsman in Amber’s head.

As I watched the play unfold, I felt angst at helplessly seeing Amber descend into despair. It seemed that, on top of her mental health challenges, Amber had the problem of communication. Her difficulties in feeling heard and understood while in the family counseling session, made her feel so overwhelmed, angry, and lost. When her dad failed to communicate about Kate, he could not recognized that the silence was hurting him.

Like Amber herself, Amber: Alert needs to be heard and understood. This play has the potential to touch hearts and encourage its audience to take action to improve the world. I am grateful to have seen this one and hope everyone who goes to The Great Salt Lake Fringe Festival will make an effort to see it too. 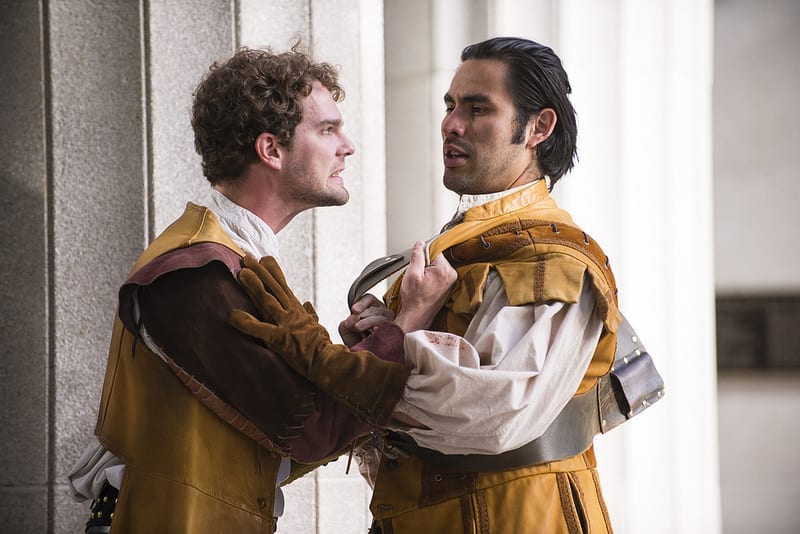 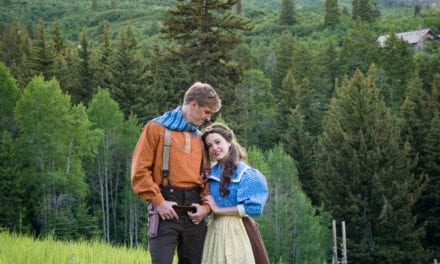