PROVO — I’ve never been to a roadshow before, but I think I stumbled upon one tonight.  Erin’s Promise was a sincere effort of a musical, but felt more like a stake musical fireside–a produced, fully thought-out fireside, but a fireside nonetheless. Scene changes took minutes upon minutes, transition music sounded like it came from a boom box backstage, and in many scenes characters were mere set pieces–stoic, uninteresting, and without more than a hint of urgency.

The story follows Erin and Angela, best friends in their existence before mortality, who sadly receive their calls to Earth for different times. Angela is assigned to be born in mid-1800s England to a world where the Latter-day gospel has just barely been restored. Angela worries she won’t find the gospel during her Earth life, so Erin, who has her assignment to be born in the present day, promises if Angela doesn’t find the gospel, Erin will make sure to do her temple work. Lo and behold, Angela just misses the chance to be baptized into the church before she dies. Flash forward to present day and we find Erin, trying to do what’s right and survive high school with a jerky boyfriend and without the gospel. Cue teenage drama, pleading songs from the dead Angela, and plenty of dance numbers.

Alexandria Rowley as a sincere Angela was the highlight of the evening. Although far too many tears were spilled (or attempted, anyway), her performance brought to mind the wide-eyed excitement and innocence of those truly searching for and discovering the gospel. She found a perfect balance between honesty and performance to deliver her lines and songs without over-acting or seeming superficial.

After sitting through an act and a half, one of the final songs, “Lost Child,” finally resonated with me. I heard an honest, passionate testimony exude from both songwriter Larry Forkner’s words and Rowley’s voice; it was a beautiful combination of song and action as we watched a family come to find the gospel accompanied by an emotionally charged–equally joyous and sad–piece of music. The result was a tender, peaceful moment.  I also loved the moment when the Jake’s Diner waitress was hitting on Josh. It gave us a wonderfully awkward moment when the audience could get a break from all the seriousness and laugh a little.

While the show is more than full of Mormon doctrine and folklore, the stale LDS gags made widespread by such “classics” as Singles Ward and Baptists at Our Barbecue that make non-Mormons wonder why Latter-day Saints are so peculiar thankfully had no part in this evening’s performance. That doesn’t mean the production is accessible to communities outside the LDS bubble, though. No, no. The air was thick with heavy, serious doctrine and speculative beliefs that would, I assume, make an outsider to Mormon culture shift uncomfortably in his chair and whisper to his neighbor for clarification. “What’s going on?”

But perhaps the point was that the show is for an LDS culture. There was some heavy and controversial doctrine approached, which is a daunting task, whether in the arts or not. Regardless, the script lacked strength. At times it was as if the playwright began to approach a controversial subject, but quickly backed away before it became too conspicuous. Vague allusions to sin were sprinkled lightly throughout the script, but never fully developed or resolved. A main conflict seemed to be whether Erin would give in to roundabout suggestions from her boyfriend to “show her love,” but we were never sure exactly what that meant. It made the conflict hard to understand. I get that the intent was for this to be a very family-oriented show, but if you’re going to write about tough choices, shouldn’t you at least have the courage to face them without sugar-coating everything?

The story needed focus and better development. Exposition was all too often delivered in pie form: surprisingly, in our faces, and all at once. Subtle revelations would have served the show much more effectively and left us with fewer “What are they talking about? Who is that? He’s Mormon!?!?” moments. With regards to focus, it seemed to bounce back and forth between the promise Erin made to Angela and Erin’s dating life. I wasn’t sure if I was watching an episode of Happy Days or a missionary movie. Amidst Erin’s high school drama, it became entirely too easy to forget how Angela’s salvation was on the line.

I did leave the theater with the last song stuck in my head, which is usually a good sign. The playwright’s note in the program mentioned that the goal in creating this musical was to “entertain and uplift people.” I find that a truly noble goal. Whether you label it a musical or a roadshow or a fireside or whatever, Erin’s Promise is undeniably playwright Larry Forkner’s wholehearted testimony, shared with audiences by a dedicated cast and crew.

Erin’s Promise plays again Saturday, July 17, at the Covey Center for the Arts (425 W. Center Street, Provo) at 7 PM.  Tickets are $8-12, depending on your statue (student, senior, adult).  A special family rate is available.  For more information, visit www.erinspromise.com. According to the web site, other performances at other venues may occur, but no details are provided. 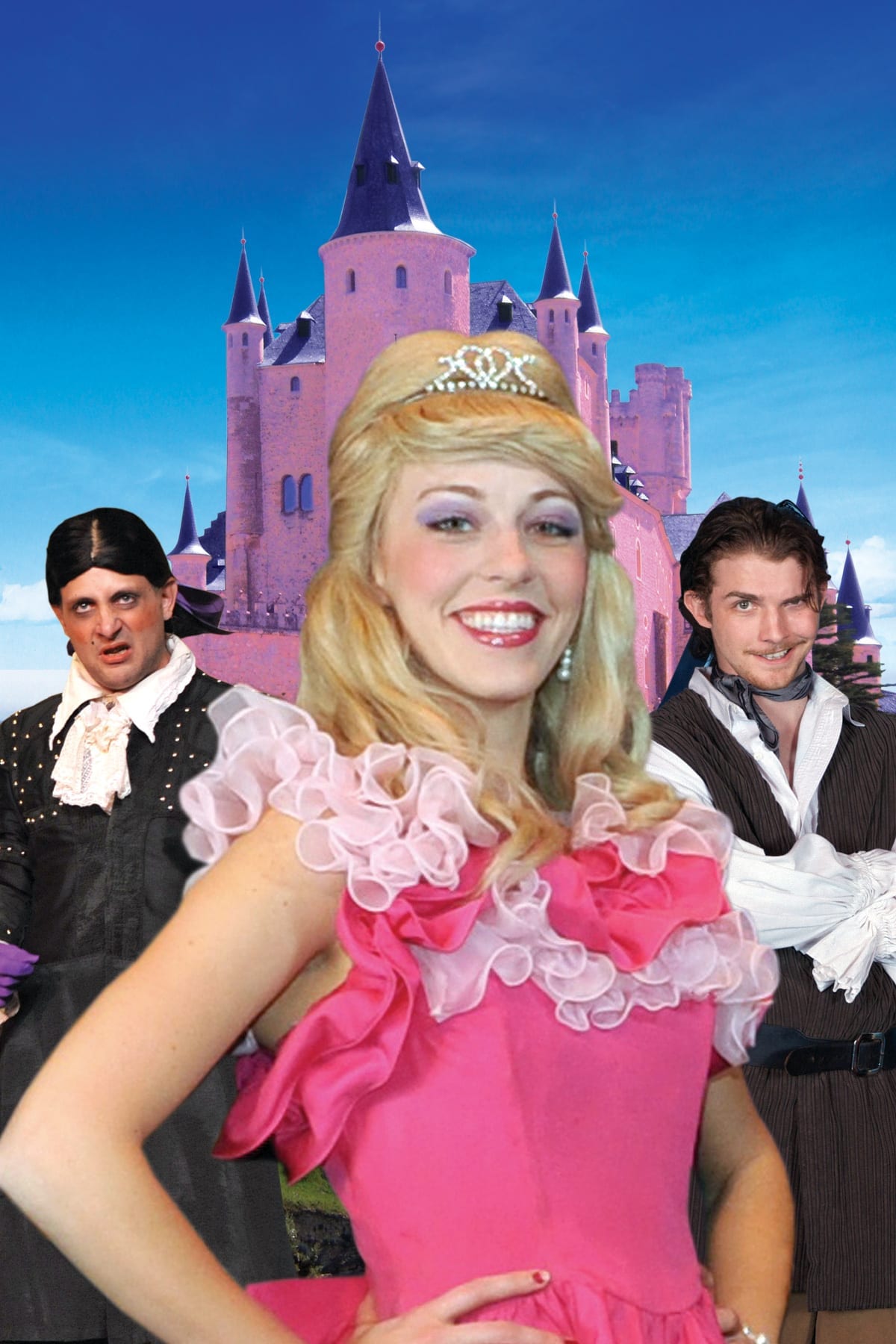 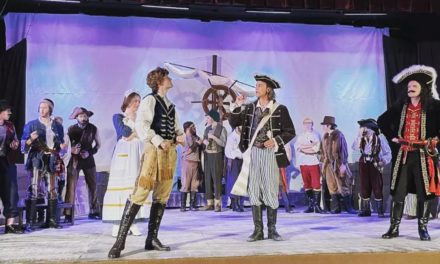 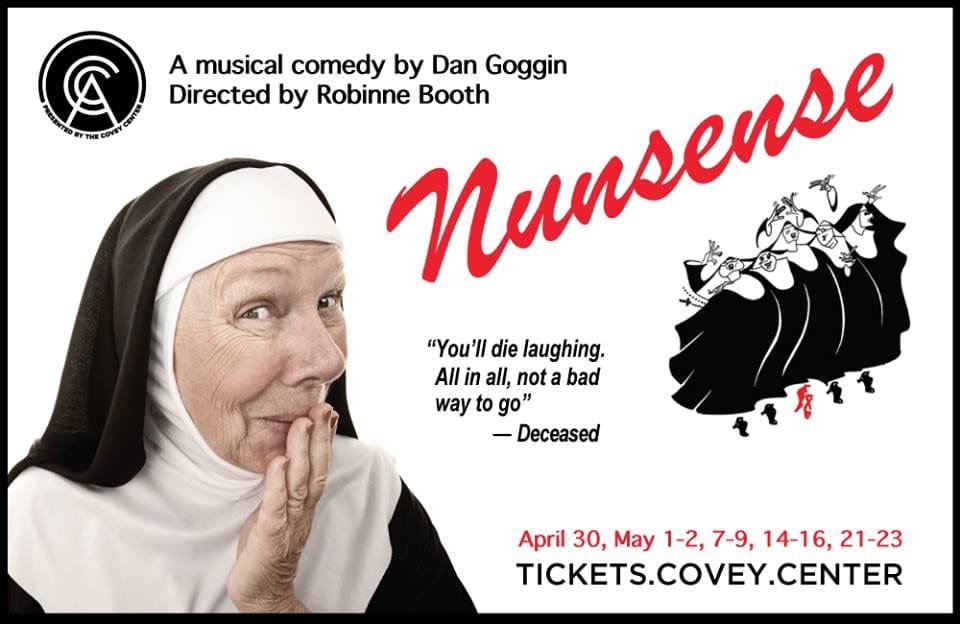