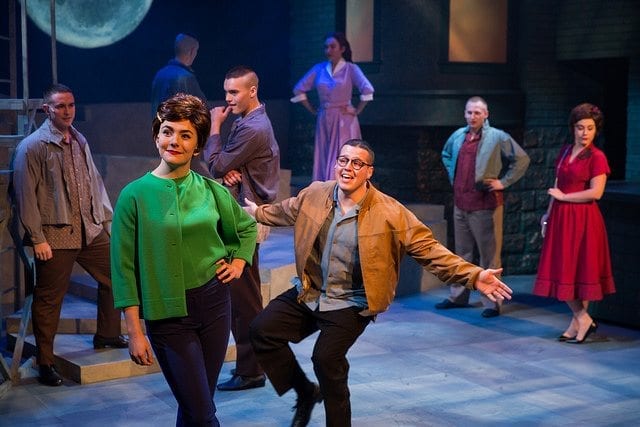 SALT LAKE CITY — One of the best pieces of advice I received about finding ways to discover new theatre is to follow good playwrights, because as you discover their work, you will be able to follow them as they make even more wonderful pieces of art and entertainment. The musical Dogfight, which is currently playing at the University of Utah Babcock Theatre, is an earlier work of composers Benj Pasek and Justin Paul, who recently won Golden Globe awards for their music in La La Land, and whose new musical on Broadway, Dear Evan Hansen, is taking the current Broadway season by storm. Pasek and Paul are excellent at taking the audience on a journey through their music, and while their later work of La La Land and Dear Evan Hansen shows the growth they have experienced, this earlier work certainly reflects their ability to convey strong emotion through song.

It is important to be aware that Dogfight contains language and adult content, so audiences should be advised when determining to attend the show. (Peter Duchan’s script would easily get a cinematic R rating.) The plot involves a group of Marines who have one night in San Francisco before going overseas. They participate in a rather mean tradition of trying to find the ugliest girl to bring to a bar as a competition, where they have pooled money to reward the guy who brought the ugliest one. As the story progresses, the character of Rose (played by Liz Terry) is able to help the character Eddie Birdlace (played by Jesse Klick) see the need for compassion in the face of war and fear. The underlying theme of war, tragedy, and how war will inevitably change everyone involved was quite deep and touching, thanks to the careful guidance of director and choreographer Denny Berry. Klick as Eddie was tasked with the challenge of portraying an angry and harsh young man that evolves throughout the show to gain compassion, empathy, and finally painful understanding of the difficulties of war. Klick began his performance almost a little to campy, playing on the toughness and anger in such a way that it was not completely believable as he started to make the change to a more compassionate character. However, by the end of the show, the overdramatic start did become overshadowed by his realistic portrayal of the pain that is felt by those who return home from war, when others do not. The performance of Terry as Rose was superb in the portrayal of a woman who is self-assured in many ways, yet struggles with the harsh judgments of those around her. The closing act song of “Pretty Funny” was a haunting telling of how the world can look at appearance. The song revealed the truth that when people believe things that turn out to not be real, they face an agonizing pain of defeat. What I enjoyed most about Terry’s performance is that she did not let it stay completely in the pain, but was able to find a way to be strong and move forward. Alex Marshall was this production’s musical director, and under his guidance, the the musical harmonies of the chorus, and the orchestra was perfect. I was very impressed with the harmonies in the song “Some Kinda Time” and “We Three Bees,” with the chorus Marine members presenting chords that resonated throughout the theatre. The set design and lighting design of this production, by Thomas George and David Decarolis, on the surface seemed to be just a general portrayal of an evening of rowdy fun, but the dark undertones and especially the changes of light were an excellent foreshadowing of the darkness that the young men will be facing, as well as the darkness that everyone faces when they feel degraded or misused.

As a whole, University of Utah’s production is a good reminder of the ripple effects that each person’s actions have on one another, and society in general. It is also a reminder that good art often comes from a place of deep and agonizing pain. While there is a great place for the fun and funny side of theatre, it is also appropriate to utilize art as a means to grown in empathy and understanding. The students who were a part of this production were certainly able to bring that atmospheric goal to light with this poignant portrayal.

Dogfight plays Thursdays through Sundays at 7:30 PM and Saturdays and Sundays at 2 PM at the Babcock Theater on the campus of the University of Utah. Tickets are $18. For more information, visit theatre.utah.edu. 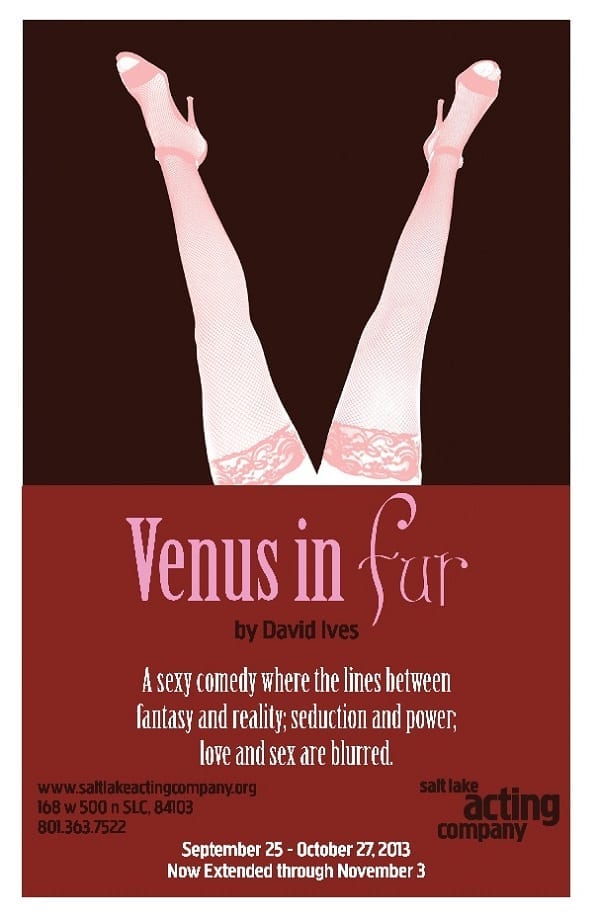 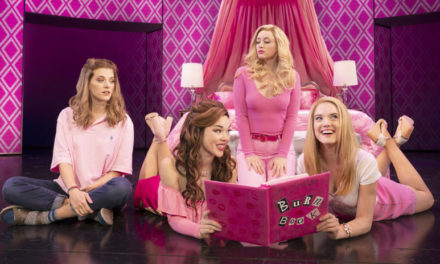