IVINS — On the surface, Disney’s When You Wish can be defined as a jukebox musical and described in a nutshell as Disney on Ice—without the ice.

While lacking any conflict to drive its loose plot, When You Wish offers an authentic, emotional theme. In the beginning a Little Girl receives a bedtime story compilation of Disney tales and visits several of these stories in her dreams. The Little Girl meets and interacts with characters from Aladdin, The Little Mermaid, Newsies, Hercules, Pocahontas and many more. Throughout the night, her mother sings Disney lullabies to calm the Little Girl’s troubled sleep. At the end of her adventure, the Little Girl pantomimes her experience to her mother, who responds in an understandably skeptic way. That is, until Mary Poppins appears from behind the bed and the mother becomes as enchanted as her daughter. In the end, the musical is about the generations of girls who have grown up on Disney movies then turn into mothers who pass on the tales. It is about every girl, little or grown, who would give anything to be a part of the Disney magic for just one night.

In compiling and arranging music and lyrics derived from sixteen existing works, Jim Abbott successfully created a cohesive score that still highlighted the original feeling from each film. “That’s How You Know” from Enchanted kept its quirky syncopated feel while songs from The Jungle Book remained jazzy. While lyrics were occasionally changed to accommodate this new plot, the familiar Disney melodies did their part to stir up instant and strong emotions. Great attention was given to ensuring that the Little Girl (played by Bridgette Biggers) could be anyone. I particularly enjoyed Doug Ellis‘s design of her bed, including a princess bedding set and stuffed Disney characters. While so much of this production was intended to be a fantasy, that bedroom seemed real. Then, during the second act as Belle (Kari Yancy) stepped out of her waltz with the Beast (Jason Michael Evans), offering the dance to Little Girl, the concept of When You Wish seemed genuine.

As the Little Girl, Biggers was tasked with carrying this production. She was on stage during many of the transitions from story to story, solely responsible for tying the selections together. Additionally, her role included many opportunities to sing duets with the Disney characters. In nearly every case, she sang harmony while the Disney character remained on the melody. Despite singing against the beautiful and strong solo voices of these Equity actors with impressive credits, Biggers held each harmony confidently and blended styles as required by the song. Moreover, she was required to participate in the dances, getting to perform as a Newsie and as one of the recruits in “I’ll Make a Man Out of You.” Biggers operated the same rolling mermaid mechanism as the other girls in The Little Mermaid, and she flew to the top of the theater at the end of the production. Whatever task she was given, Biggers commanded the stage, and she truly was the star of this production.

One of the most exciting things directors Scott S. Anderson and Jeffry Denman brought to this production was the Tuacahn magic layered on top of Disney magic. Whether it was watching Indians crawl out of the red rock and riding on live horses to introduce Pocahontas, hearing the rush of the river crescendo as the transition into Tarzan, or experiencing the wall of water used during The Little Mermaid, there is no denying that Tuacahn has a unique technical bag of tricks. I enjoyed watching balloon lanterns released into the sky during Tangled, and watching the red rock light up behind Jack (Drew Aber) as he sang “Santa Fe” was a truly unforgettable moment. Perhaps the most incredible, however, was watching Aladdin (Evans) and Jasmine (Katie Mariko Murray) sing “A Whole New World” while flying on a carpet above the heads of the audience against a backdrop of the actual starlit sky. Each of these elements took the talent and coordination of scenic design (Ellis), lighting design (Joseph L. Eddy), and properties design (Wes Hamblin).

However, the performance suffered from several sound issues, including the microphones of Sebastian and several of the Newsies not working at critical times. But when the microphones were working, the sound design by David Swenson carefully balanced the singing with the live orchestra.

The stage was beautifully set with these special effects, which only added to the immense talent on stage. A majority of the songs were large production numbers, which meant there were many opportunities for the choreography of Jeffry Denman and assistant Daryl Getman to shine. Several numbers stood out throughout the night for their creativity and synchronous execution including the native dancing in Pocahontas, the apes in The Jungle Book sequence, and the fan dancing in Mulan. “Zero to Hero” from Hercules brought the most vibrant energy of the evening, while the tap dance sequence in “Step in Time” from Mary Poppins was the most technically impressive. I also appreciated the careful balance of aerial choreography (Cees de Kok) and stage choreography throughout the Tarzan numbers.

Unfortunately, the incredible execution of these numbers made a few others pale in comparison. I was underwhelmed by the staging in “Under the Sea,” feeling as though the production relied too much on the wow-factor of the wheeled mermaids and wall of water. In addition, the dancing in a few songs was less polished with obvious differences in timing from one ensemble dancer to the next. This problem was most apparent during “Seize the Day,” “I’ll Make a Man Out of You,” and “That’s How You Know.”

With so much going on visually on the stage, it would have been easy for the vocals to get lost in the production. However, under the music direction of Andrew Graham, this production was a lot like listening to a great Disney station on Pandora with vocals flawlessly executed throughout. I was particularly impressed by the scatting abilities of Caliaf St. Aubyn (as King Louie) and Dwelvan David (as Baloo) during The Jungle Book sequence. But Drew Aber was the vocal champion of the evening for me, singing both “Go the Distance” from Hercules and “Santa Fe” from Newsies. His soaring notes filled the theater with a beautiful power unequaled by any other performer. Unfortunately, a few soloists also fell short of delivering their iconic solos in a way that matched the original movies. As Shang from Mulan, Jace Coranado possessed neither the physical prowess nor the vocal power to convincingly portray the leader of an army. As Rapunzel, Donna Louden struggled to reach some of the lower notes in “When Will My Life Begin.”

The only real inconsistency I found in this production was a fluctuation between presenting an iconic Disney moment as opposed to a creative interpretation of a character or scene. Most of the princess costumes looked identical to the animated characters, and their scenes were presented in a very closely mimicked style. “Just Around the Riverbend,” for example, featured Pocahontas (Murray) in a boat on a flooded stage singing as she floated down the river. Ariel (Yancy) sang “Part of Your World” in her iconic seashells, carefully matching her inflection and pronunciation with what the audience would want to hear. However, when Louden appeared as Jane from Tarzan, she didn’t wear Jane’s yellow dress or have Jane’s brown hair. Instead, costumes designed by Janet Swenson and Molly Pack had her appear in a curly blonde wig in a colored skirt and white shirt. Jasmine’s attire, while matching the cut and style of the movie costume, was not the same color of blue as in the movie. It was not the differences that I found to be problematic; rather, it was the inconsistency from montage to montage. It seemed especially out of place when the production ended with an arched shooting star, in reality a firework, that perfectly matched the star that lights Disney’s logo at the beginning of each film. With such excellent attention to detail throughout most of the production, the small mistakes became glaring ones.

Having seen several of the highlighed shows produced on the Tuacahn stage and other stages throughout the state, I found that the moments I enjoyed the most were from shows I have not previously seen. Watching Hercules brought to the live stage was a huge highlight of the evening for me. For this reason, When You Wish offers something most shows can’t: a large sample of what Disney has to offer in live theater. Instead of taking a child to see Newsies or Aladdin in its entirely, theatergoers now have an opportunity to experience this broad spectrum of Disney entertainment presented in the unique way that only Tuacahn can deliver. If you have ever been Little Girl or if you know a Little Girl who would give anything to be a Disney princess, this show is an absolute can’t miss.

Disney’s When You Wish is part of Tuacahn Amphitheatre’s schedule now through October 16th.  The theater is located in Ivins, Utah, approximately 20 minutes from St. George.  For exact performance dates and times and for ticket information, visit www.tuacahn.org. 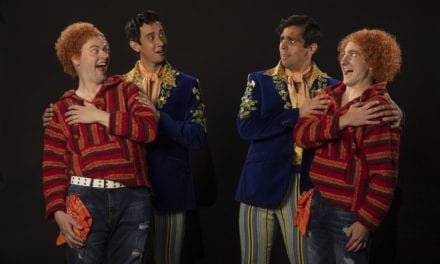 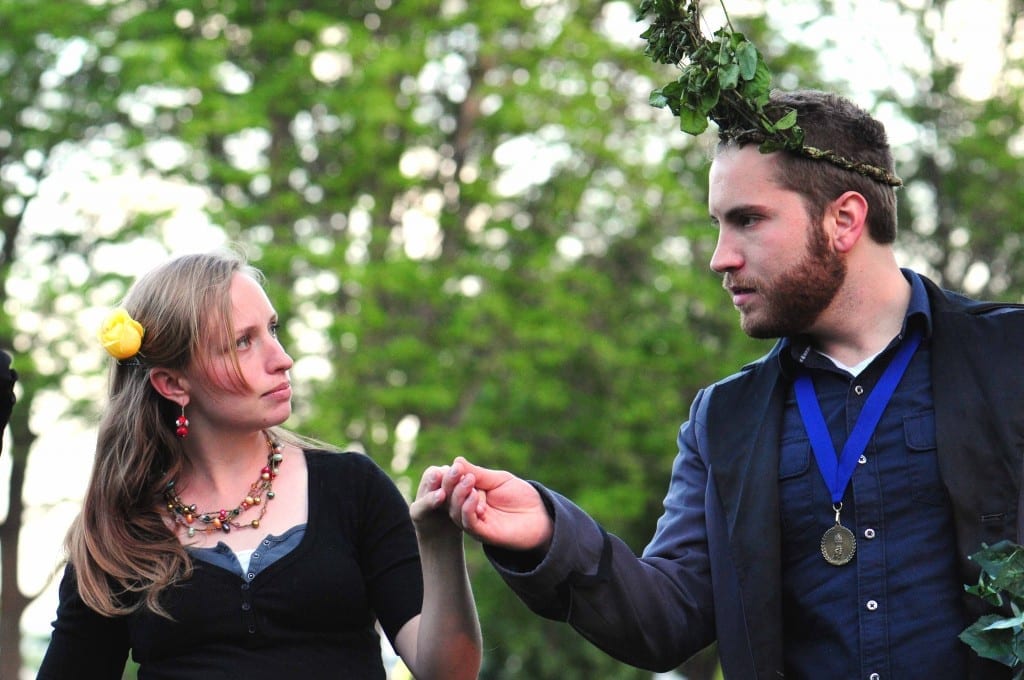 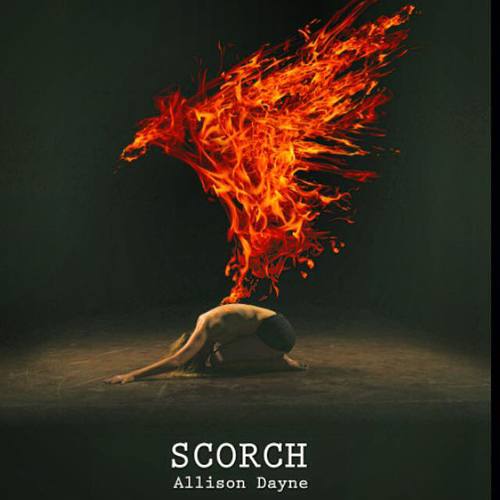