SALT LAKE CITY — What do you get when you mix a Green Day concert and Broadway? The answer is American Idiot, the 2009 jukebox musical based on the songs of the punk rock band Green Day. The show is an adaptation of their 2004 rock opera and concept album of the same name, and boasts 21 songs in this 90 minute one-act.

The rock opera begins with the lead actor and punk rock hero Johnny (Jared Nepute), who is fed up with dull suburban life, making the bold declaration, “Let’s start a war, shall we?” However, its never quite clear who is fighting who or what, but in the “angsty” punk rock fashion, the desire to fight something—anything—is the driving theme of the night, whether that is society at large, a drug addiction, or the actual war in Iraq.

American Idiot follows the story of Johnny, who considers himself the Jesus of Suburbia, and his friends, Tunny (Dan Tracy) and Will (Casey O’Farrell), who are looking for meaning in a post-9/11 world that doesn’t make sense. Johnny and Tunny leave their suburban town for the city, while Will stays home with his pregnant girlfriend, falling into drug and alcohol addiction which requires drug rehab in Orange County. Tunny falls under the spell of patriotism as preached on TV, enlists in the military and is shipped off to war, while Johnny falls under the spell of drug addiction and the love of a girl he calls Whatsername (Olivia Puckett). Johnny finds a part of himself that he grows to dislike prior to visiting the WhiteSands drug treatment centre, has a relationship and experiences lost love; the trio of friends eventually reunite back in their hometown, all of their lives altered. There is no clear or linear plot structure to the show. Yet, the show tackles issues such as addiction, depression, and anxiety through “sex, drugs and rock ‘n roll” spectacle, conveying the feelings and struggles of these young adults, somewhat encompassing the feelings of Generation Y or the “Millennial Generation.” Casey O’Farrell as Will. Photo by Jeremy Daniel.

The music was fantastic and well performed by the talented cast and onstage musicians, though the musicians frequently overpowered the vocals making the lyrics for those not as familiar with Armstrong and Green Day’s lyrics challenging to understand. Steven Hoggett’s choreography was the strongest element of the production, powerfully encompassing the feelings and emotions of each song in a fresh and creative fashion. The set, under the design of Christine Jones, and the video/projection design by Darrel Maloney, also enhanced the visual spectacle of the evening creating levels, interesting pictures, and a background of TV screens, bridging the gap between MTV and the Broadway stage.

The young and energetic cast was full of bombastic energy with powerful voices and believable character sketches. I say sketches, in the sense that there was very little emotional depth or complexity in the writing, making Billie Joe Armstrong and Mike Mayer’s book largely unfulfilling. I enjoyed the production because I love and grew up with the music of Green Day and enjoyed the show the way I enjoy a rock concert and was able to connect to the emotions and feelings conveyed in the music. But I did not care about or connect to any of the characters. The weak book made the show all about the passionate portrayal of the non-stop Green Day hits such as “21 Guns,” “Holiday,” “Boulevard of Broken Dreams,” and of course “American Idiot.” The strongest and most powerful scene was “Wake Me Up When September Comes” as the three high school buddies reunite in their hometown towards the end of the production and reflect back on their growth, trials, and the changes that they had experienced in becoming adults. The energy in this number was inspiring to take action and control of your life, and the takeaway message of the show.

For Green Day fans, the show is a must. It’s an amazing rock concert full of spectacle, powerful choreography and creative portrayals of each song by the talented cast and musicians. However, the weak book and underdeveloped characters made me leave the night largely unfulfilled. I would describe American Idiot as little more than a glorified rock concert, and by that measure it failed to live up to the expectations I have for a Broadway musical.

The national tour of American Idiot left Salt Lake City after the December 5 performance. Future performances in other cities will occur through May 25. For more information, visit www.americanidiotthemusical.com. 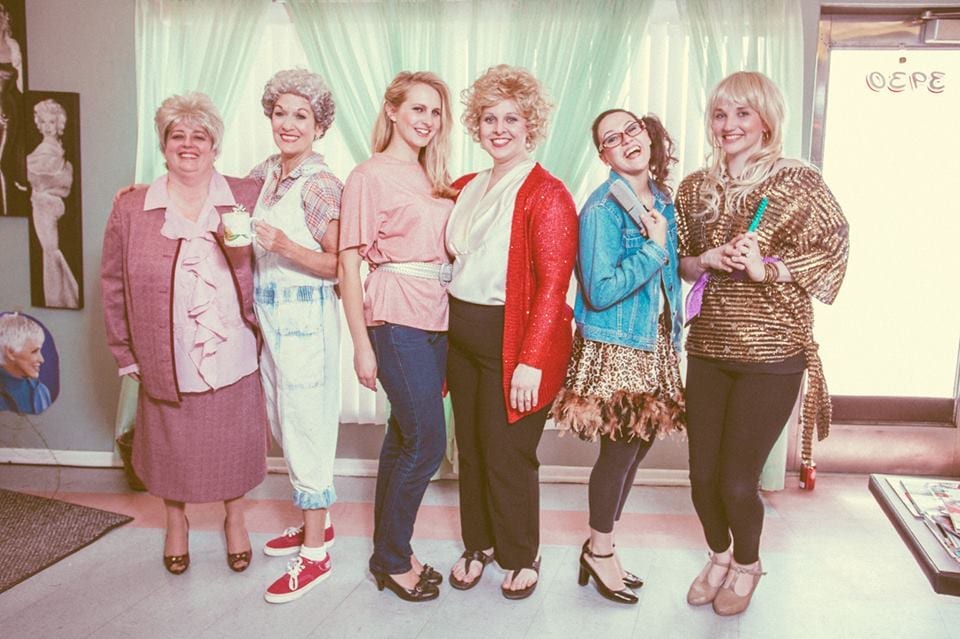 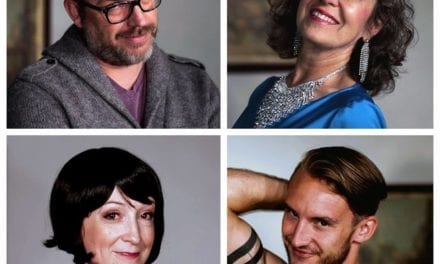 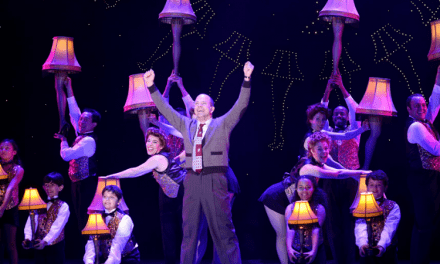 Back Home with the Jeromes in Broadway Bound at the Neil Simon Festival, Cedar City UT