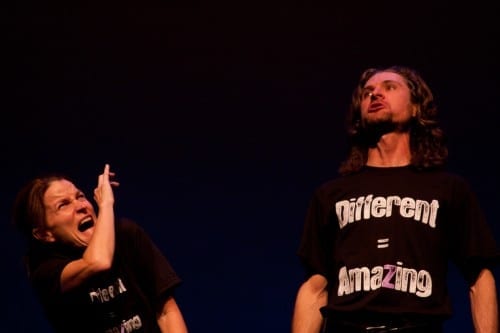 MIASMA, a photo from the 2006 production, the first play by Eric Samuelsen that we produced, which will receive a staged reading (free, Saturday, August 31 at 1pm in the Black Box) – our 2013/14 season is fully devoted to his work

Among the proliferation of theatre companies in Utah, Plan-B Theatre stands out.  Unlike most arts organizations that rely on popular, big ticket productions to provide the bread and butter needed to keep producing, Plan-B Theatre is faithfully devoted to new plays by local playwrights. Usually world premieres, the plays are generally smaller productions with a large focus on quality, and it is this commitment to excellence in theatre that keeps a devoted audience, continually attracts new fans and which has garnered the company numerous awards. Those awards includes 42 City Weekly Slammy/Arty Awards, 18 Salt Lake Fabby Awards, a Salt Lake Magazine Best of Utah Award (2010), and numerous year-end “Best of…” accolades from The Salt Lake Tribune.

Started in 1991, it wasn’t until Plan-B staged the first regional production of The Laramie Project by Moises Kaufman and the members of the Tectonic Theatre Project in 2001 that the company solidified its place and reputation in the Salt Lake Theatre community.  As artistic director Jerry Rapier recalls, “It changed our profile in the community, it changed the way we tell stories, it changed the way we decide which stories to tell.” One year later, Plan-B moved into The Rose Theatre, showcasing Susan Miller’s My Left Breast.  The first production of the play in English not performed by the playwright, it further established Plan-B’s focus on socially conscious theatre. PETER AND THE WOLF, in partnership with Gina Bachauer International Piano Foundation, which began its life at The Rose Exposed last year and has since toured to more than 12,000 elementary school students (free, Saturday, August 31 at Noon in Jeanne Wagner Theatre)

Since the production of My Left Breast, Plan-B Theatre has found a permanent home at the Rose Wagner Performing Arts Center, which has nurtured the company through its commitment to support community-based arts organization.  Rapier notes the benefits of the Rose, saying “The three theaters and four rehearsal studios give those of us in the building opportunity to rub shoulders with many other companies and artists . . . and the technical staff is the best in the state.”  The close performance proximity of performing artists easily allows for collaboration, such as that found in the children’s production Peter and the Wolf which was created in partnership with the Gina Bachauer International Piano Foundation and conceived at the Rose Exposed in 2012. Since then it has since played to more than 12,000 elementary school students around the state. Peter and the Wolf has been so successful that it is returning for this year’s Rose Exposed workshops Saturday, August 31 at noon in the Jeanne Wagner Theatre.

In addition to providing world-class, innovative, and collaborative theatre to the Salt Lake community, Plan-B theatre is devoted to world-class play development.  Since 2006 it has been fully devoted to producing plays by local playwrights. In addition to their play writing lab, which develops new works for each season from six different local playwrights, Plan-B theatre keeps two resident playwrights on staff: Matthew Ivan Bennett and Eric Samuelsen. In fact, Plan-B’s 2013/2014 season (their 23rd) is devoted to four world premieres of Samuelsen’s plays, and Bennett’s play Eric(a) will tour coast to coast while his Different=Amazing will tour Utah’s elementary schools.

It is clear that Plan-B Theatre’s influence has a long reach, and it all starts at the Rose Wagner.  To see for yourself what Plan-B and the Rose Theatre is all about, take a look at check them out at the Rose Exposed Variety show on Friday, August 30th where Plan-B will stage a monologue about bullying titled Get Up Again from Matthew Ivan Bennett’s play Different=Amazing.  Directed by Kirt Bateman, the piece features Stephanie Howell and the playwright himself.

As one of the resident performing arts organizations at the Rose Wagner Performing Arts Center, Plan-B Theatre Company is proud to be part of this year’s The Rose Exposed. Be sure to pick up a 6-pack: your choice of performances from each of the 6 resident companies for only $66. Details can be found on The Rose Exposed website. GET UP AGAIN, featuring Matthew Ivan Bennett and Stephanie Howell that will tour elementary schools in the spring as part of DIFFERENT=AMAZING, presented as part of The Rose Exposed Variety Show (paid, Friday, August 30 at 8pm in the Jeanne Wagner Theatre) 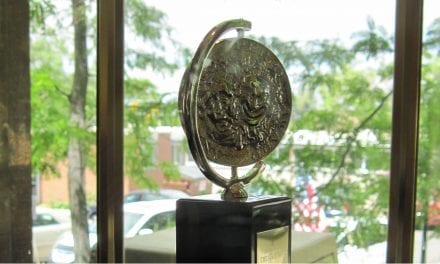 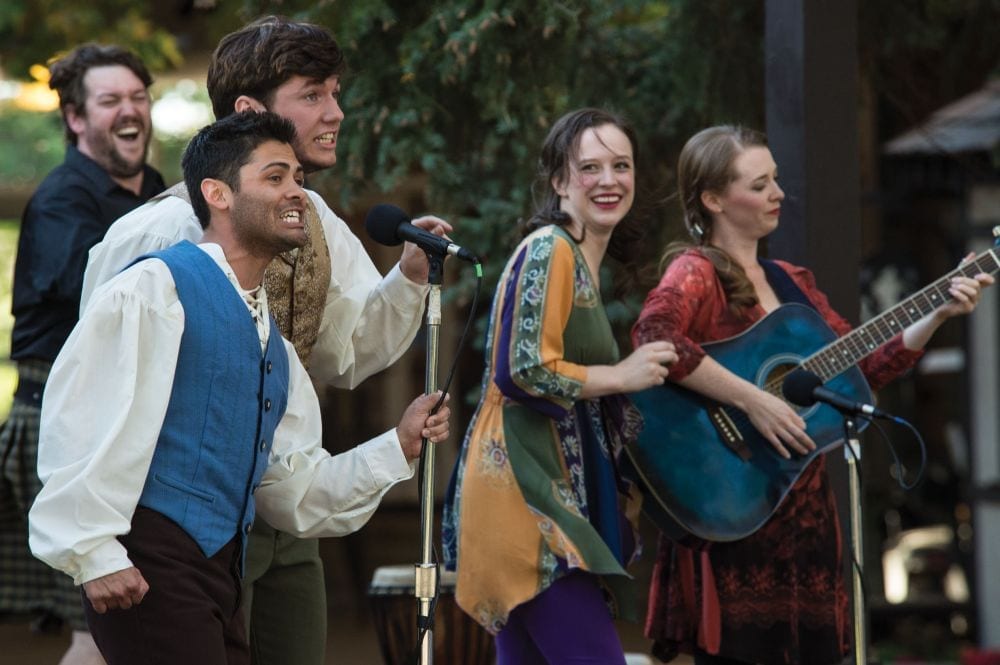 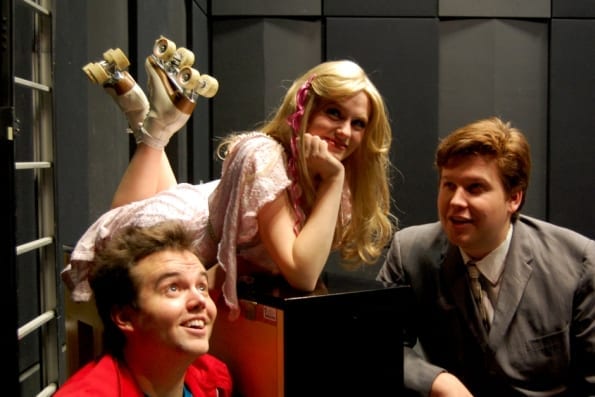