SALT LAKE CITY – I tend to have mixed feelings about the Off Broadway Theater (OBT).  They produce melodrama-type productions spoofing pop culture, much in the vein of another popular theater south of Salt Lake City, but they seem to suffer from slightly lower production values and a looser structure.  My last time attending a show at the OBT was not a great experience.  But when I heard they were doing a show based on Doctor Who, I was intrigued.  When I heard that Mike Brown was writing it, that upped my level of excitement.  I know Mike to be very funny and creative from acting with him once to seeing him in a dinner theater show, and of course, his weekly gig with Laughing Stock (OBT’s resident comedy trope).  I decided to give Off Broadway another shot.  And I’m glad I did.

Doctor U is a fun romp through the Doctor Who ethos focusing on the most current two incarnations of the good Doctor, David Tennant and Matt Smith.  To describe the plot would give away some of the fun of the show, and frankly, while I love the script, plot really isn’t the point of the show.  It is a skeleton to hang the jokes and gags from, but Brown and the cast of Doctor U do that with skill.  The characters are specific and well-written.  Mike Brown and Logan Rogan have written an engaging script with plenty of Who references to please even the hardest of hard-core fans.

And speaking of Logan Rogan, he makes an impressive Tenth Doctor.  He is practically the spitting image of David Tennant, from hair to smile to accent.  He has an easy charm that is very endearing.  His interactions with the other actors, particularly with Zach Reynolds as the Eleventh Doctor, are great fun to watch.  Reynolds is not as close a doppelganger for Matt Smith, but he definitely copies Smith’s speech patterns and quirky movements. Kylee Ogzewalla and April Tritchler as Billie and Karen, the two doctor’s assistants, interact well with their respective doctors and, especially toward the end, with each other.  I particularly liked Ogzewalla’s character modeled after Rose Tyler.  She was at her best when directly disobeying the Doctor or calling attention to the illogical statements he made.

Set design by Eric Jensen, Clint Lehmberg and Robert Reins was fantastic.  They particularly did well on the inside of the TARDY (TARDIS).  The engine was a thing of beauty by itself.  The set designers also did a great job on the Police Box exterior for the TARDY.  In fact, before the show, they allowed many patrons to take their pictures in front of the big blue box.  The costumes by the set team plus Janice Jensen mimicked a typical Doctor Who episode.  The only one that seemed out of place for me (and I may “out” myself as not quite the Whovian I thought I was) was the Master’s costume.  It looked like a black dress that was too small for the actor wearing it.  It just looked strange.  The Derelicts, however, were great.  I liked the use of the wire whisks for one of the “hands.”  They were very effective adaptations of the Daleks from the series.  And I need to give special mention to the Peeping Angel costume.  It was probably the best creation the costume crew.  It was amazingly “realistic” to the Doctor Who equivalent. Overall, director Mike Brown led his technical crew and cast with a masterful hand.  The first act starts a little slow, but by the second act things really pick up and only one bit felt like it went on too long, but was still enjoyable.

Unfortunately, there were some low points in the evening.  The sound system at the OBT is inadequate.  They are attempting to raise funds for a matching donation to upgrade their sound system, and it is desperately needed.  The sound is passable, but there were times that jokes were missed because the sound quality was poor.  The sound technicians do what they can, but it’s pretty meager.  But worse than the sound overall was the scene change “entertainment,” Captain Jack and the Harknesses, comprised of Jake Miskimins, Justin Bradley and Devin O’Donnell.  Their interludes were sung parodies of Sci-Fi themes and video game songs.  I’m sure they have fine voices on their own, but as a trio, they were frequently off-key, forgot their words, and didn’t seem to be as rehearsed as they should have been.  It was a very weak addition to what was otherwise a very enjoyable show.

If you a Doctor Who fan, or even if you only know little about the show (like my wife did), you can still find a lot to enjoy in this mirthful parody. The creative staff at the OBT have a winner in this show, and next time I won’t be so hesitant to return.

Doctor U plays at the Off Broadway Theatre (272 S. Main Street, Salt Lake City) every Friday, Saturday, and Monday through March 16th at 7:30 PM and Saturday, March 2 at 2 PM.  Tickets are $10-$16. For more information, visit www.theobt.org. 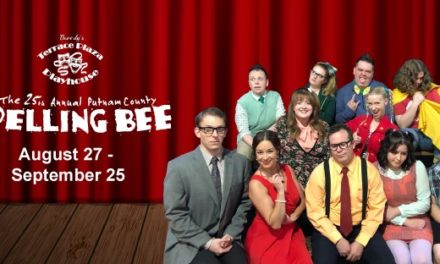 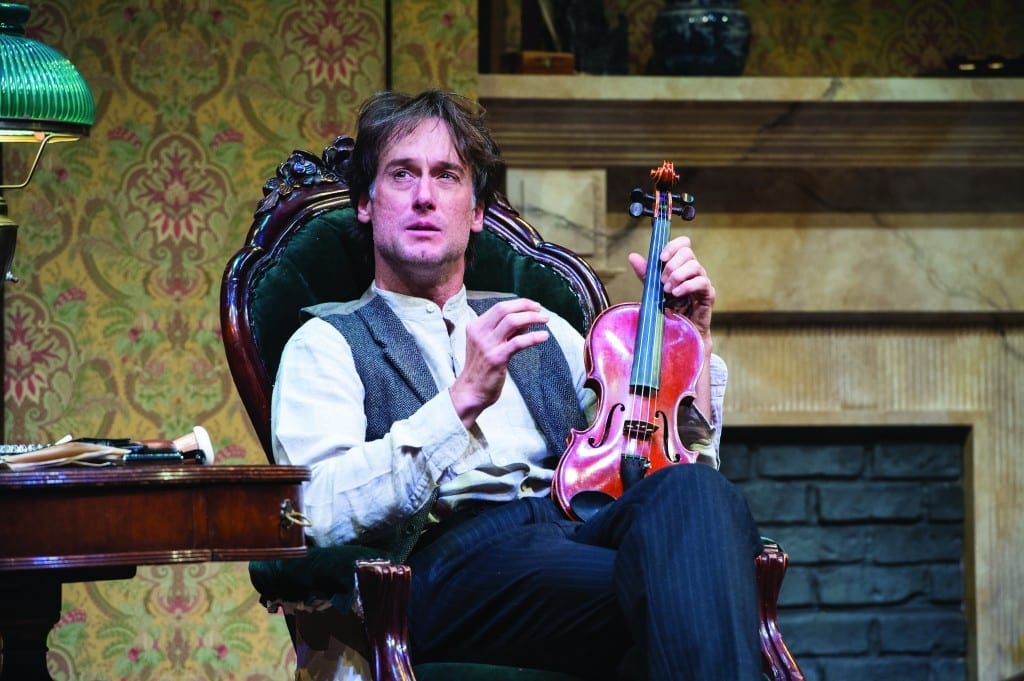 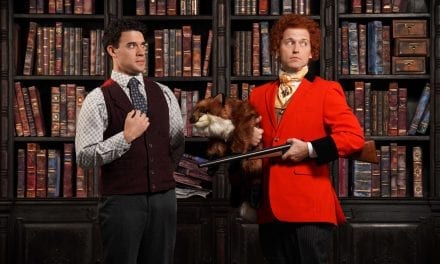 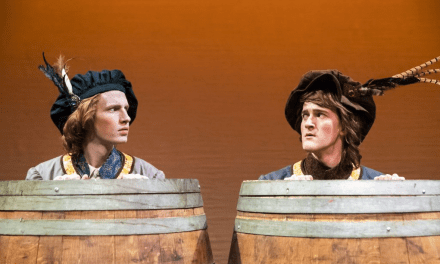